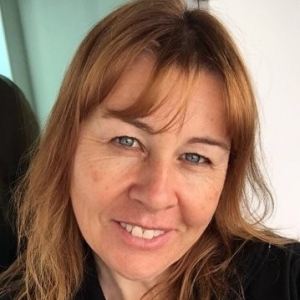 Born and raised in: Massachusetts & finally moved to California when I was 12.

As a Senior in High School, I left 6 period to take radio classes at the local college, 4 years later, I got a Bachelor Degree from San Francisco State in Radio & TV, got a minor in Cheerleading and men.

For my radio peeps, here’s the list of stations where I have worked:

Married life: I went to Fleet Week and did “eenie meanie mynie moe” and picked a hubby. JK! I married Joe, my Navy Sailor  who moved me to San Diego & went on deployment. Being bored,  I got on the air again at Q106 (KKLQ) for the 2 years he was attached to a ship.  Then magically Joe got shore duty back to the bay area again.

Children (rather Child): I became a mom of a beautiful daughter. Jolie keeps me incredibly busy. I’m the bus, taxi or chauffeur for her til January 2015 when she gets her drivers license. Yay!

Volunteer Activities: I am a Girl Scout Leader and have been since 2005. So, if anyone needs GIRL SCOUT COOKIES, you know who to come to.

1st Job: Sales at Musicland-selling records, cassettes, video’s (foreign objects nowadays) & CD’s at a store in the local mall up in the bay area, right after High School.

1st Concert: Jack Wagner, when I was 16, he was a soap star on “General Hospital” who also was a singer. I have been watching General Hospital since I was 5. But, the most memorable concert I went to was a tie between “Brian Setzer Orchestra Christmas Extravaganza” at the legendary but now gone Gibson Amphitheatre at Universal Studios in 2009 and Chris Isaak at Pechanga Resort and Casino in 2010 where Chris climbed up to the good seats and kissed my cheek. 🙂

My favorite alcohol beverage is: Tie between Rum with Diet Rite or a glass of White Zinfindel